I was in debate about which bitters to use and nearly went with Orange bitters. However, Peychaud’s works really well here because it adds another level of flavour to this cocktail. Also, you can’t stop the Santa Maria. It cannot be stopped! It won’t let me stop! I’ve been taken over by Santa Maria! 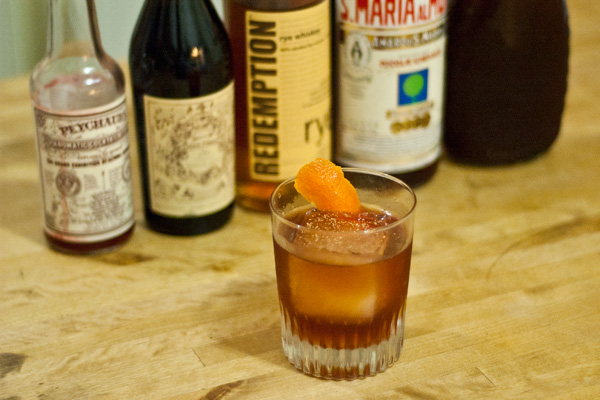