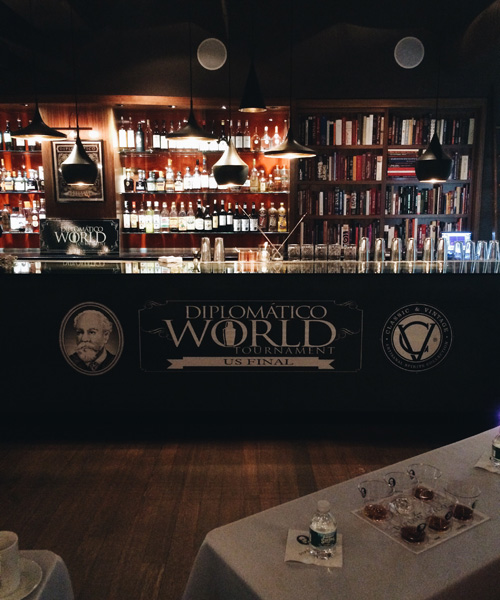 Y’all, I had the fabulous opportunity attend the Diplomatico World Tournament US Final on 12 Jan. This round of the competition pitted six excellent bartenders from around the country against one another to make the greatest Rum cocktail ever and go to Venezuela to represent the USA in the World Final. Awesome cocktails. Awesome Rum. 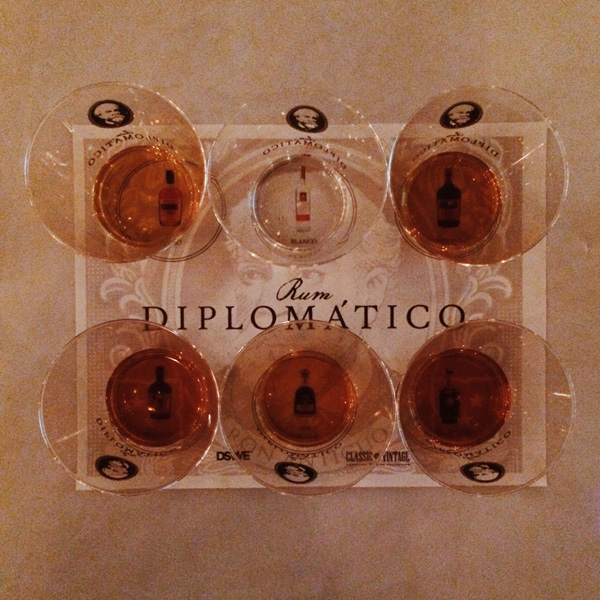 We’re talking REALLY awesome Rum. I will be getting some Diplomatico soon and will give y’all a thorough review and some recipes soon. As a member of the press, I was treated to a Rum tasting while viewing the competition. Here’s my quick run down of the Rums from Top Left to Bottom Right:

Back to the competition: the judging panel included Dale DeGroff, aka King Cocktail, Leo Robitschek, the NoMad Bar man (y’all know how I feel about NoMad), as well as Nick Nistico, the US representative in the 2013 World Tournament. The cocktail was judged across several categories including Presentation, Taste, Originality and Technique. 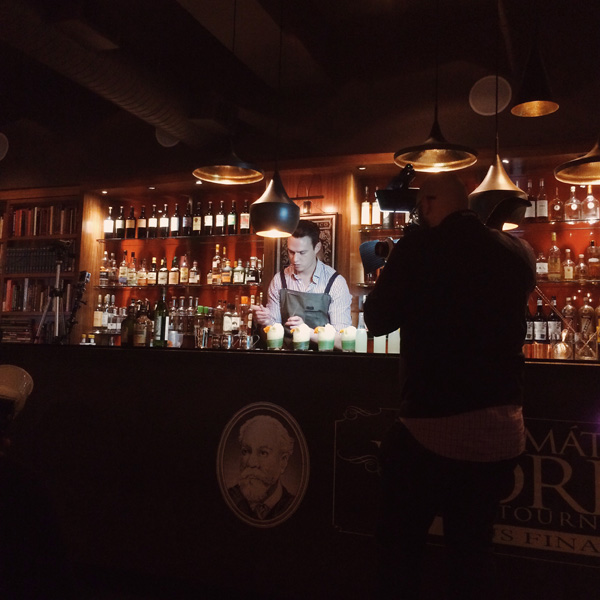 This is Nick Meyer, a bartender at Brilliantshine in Santa Monica, CA. This is the man who won. Now, as I was born in Santa Monica, I was immediately biased. Then when his cocktail was all Bananarama, I was like so much more biased! Win Bananaman from Santa Monica, WINNNNNN the World Tournament! Y’all, he made his own Banana Phosphate (like Banana soda) and the judges kept sipping it the whole time. Tasty business.TIKI! Here’s the fabulous recipe:

Killer right? Such a great drink. You could totally drink this all night. Maybe I will move back home to Santa Monica…. 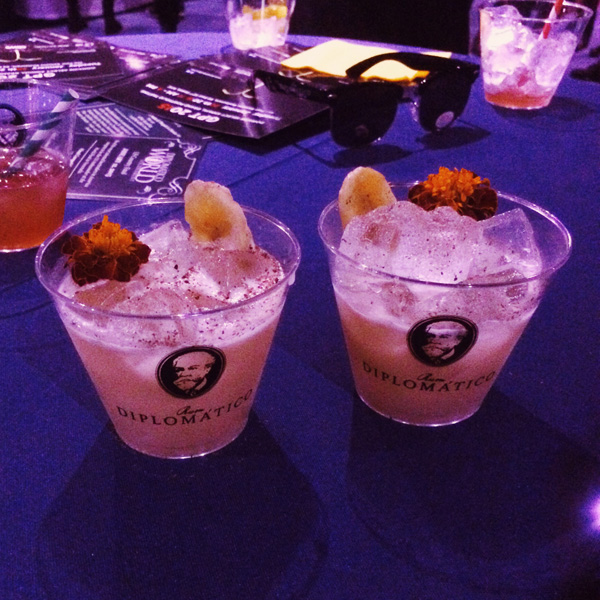 Now, my fave drink of the night was actually by Ryan Gannon from Cure in New Orleans, LA. Though Bananarama was sensational, I felt this one showcased the Rum a little bit better and the Amaro was awesome in it. Again, TIKI!

Garnish: 7 drops of angostura bitters and one lemon peel 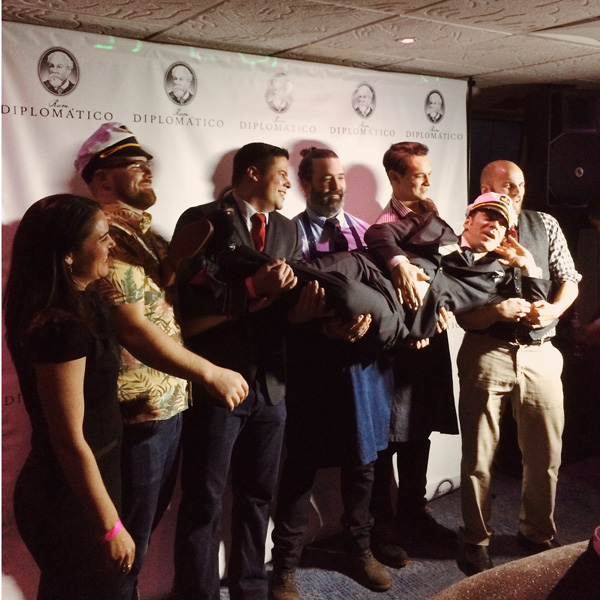 And here are the contestants + the Master of Ceremonies, Mr Tad Carducci of Tippling Brothers:

Totally fun event, totally tasty cocktails, totally delicious rum! Thanks to Diplomatico and the Baddish Group for having me!

Oh and P.S. I’m totally counting this post as #TikiTheSnowAway cause almost all of the drinks at the competition were Tiki Style.