I named this one after the notion of a 19th-Century-Cure-All because this drink has everything meant to cure ailments: Bourbon, Honey, Ginger, Lemon, Apples and Fernet! I nearly called it “Patented-Cure-All” but with the preProhibition Cocktail revival we’re having, I felt this name was a bit better. 🙂 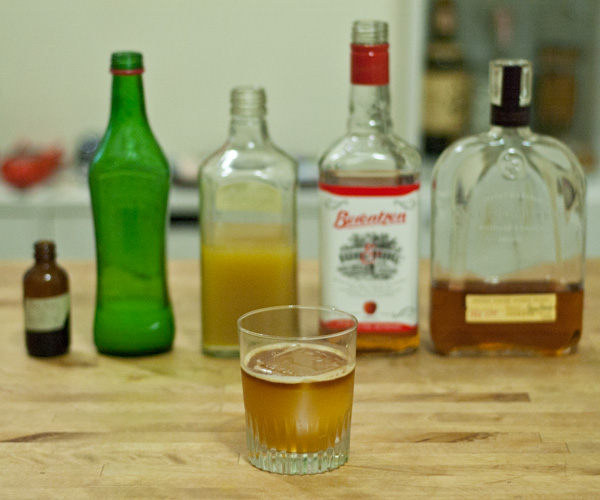 Bonus: The Golden Age of Quackery is also awesome hot! Add 1 oz Water, make sure not to boil the liquids and still float the Fernet on top after you’ve poured the rest into a mug.

3 thoughts on “Golden Age of Quackery”