Why don’t we sing that song during December? It’s the most holiday song there is! Errrrrrrrm, ummmm, ok gurl, focus.

This holiday drink is brought to you by my good friend Ms. Perl who brought this tasty bottle of Glenmorangie Original Single Malt Scotch to a party I was having. (Thanx Perl!) If you haven’t tried the Glenmorangie Scotches before, they’re typically on the bright/floral end of the spectrum.

Firstly, this is not a Negroni variation, even though it has Campari, and is in a Negroni format. It would be a stretch to say that I subbed Sweet Vermouth for Añejo Tequila + Cinnamon Bark Syrup, but maybe that’s ok? And let’s be frank, it’s such a pretty pretty format: A Red drink in a Rocks glass, big orange peel…swoon. 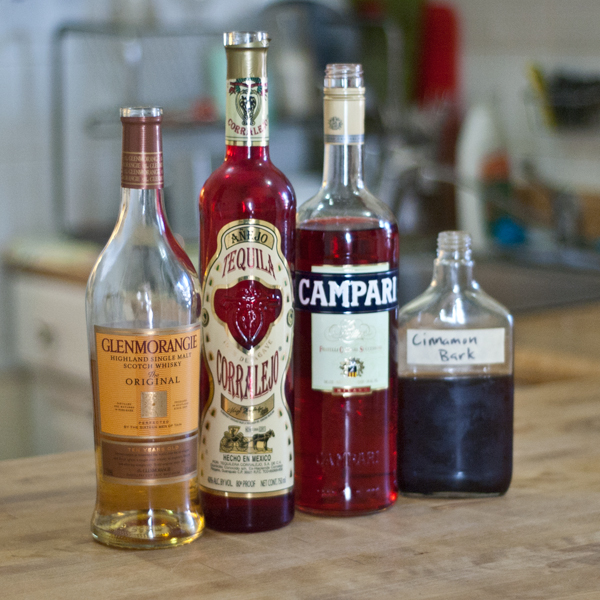 *sub an Añejo Tequila that still tastes like Tequila. In other words, you want the Agave to be present alongside some woody tones in the Tequila. 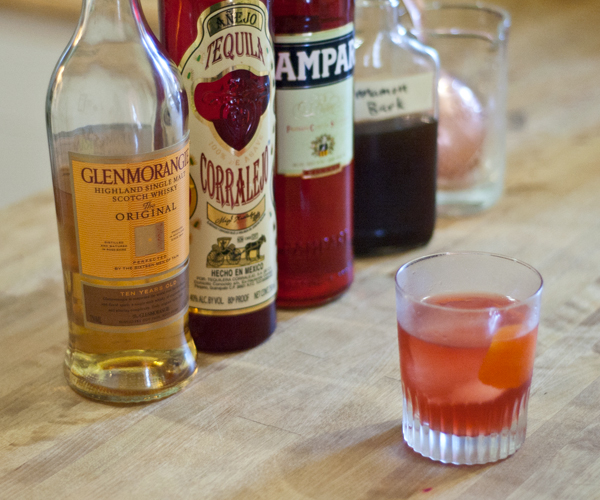 This drink is refreshing, bright, bitter, spiced and complex. You might want to have at least two of The Red Scotsman and I will not stop you.

Cheers to all your holiday festivities!